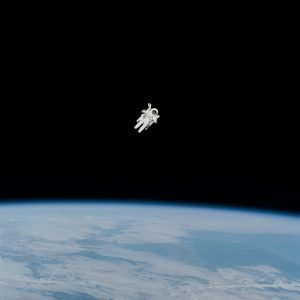 My sister Pat asked me to send her a newsletter I wrote in 2009 in celebration of Earth Day. She’s doing a reading for the Earth Day service at her church (virtually of course). I’d forgotten all about the newsletter. I thought, “Cool! I’ll recycle this. In the spirit of Earth Day.” But as I re-read it, I realized that it needed a major revision. Things aren’t as they were–environment-wise or otherwise. Thank you, Pat, for inspiring me to reflect on our beautiful world.

Before There Was an EPA–Earth Day Reflections

When we celebrate our 50th (!) Earth Day on April 22, we’ll need to maintain our social distance from each other, but not from our environment. This year I’m celebrating the simple fact that our environment is a lot better than it was before there was an Environmental Protection Agency (EPA). When I started college in 1968, there was no EPA. The late 1960s were a time of upheaval: civil rights clashes, Vietnam War protests, National Guard in our cities, and Americans demanding breathable air and drinkable water.

The first Earth Day, on April 22, 1970, was envisioned by Senator Gaylord Nelson and organized by Denis Hayes and his team. Twenty million Americans participated! TWENTY! MILLION! Americans were fed up with coughing from visible air, seeing—and sometimes drinking—polluted water, and witnessing garbage just dumped wherever. President Richard Nixon established the EPA later that year. I don’t recall that President Nixon was an environmentalist, but he was a realist. The American people demanded action. He acted. He created the EPA and he signed the Clean Water Act. This changed everything. For the better.

But I’ve seen things slipping the past several years: environmental protection budgets gutted, regulations relaxed, and (the worst) non-professionals making bad policy decisions based on fake science—“facts” that are really opinions or deeply held feelings. Many decisions are based on the opinion that environmental regulations are “job-killing”. I don’t get it. Barry Goldwater said, “While I am a great believer in the free enterprise system and all that it entails, I am an even stronger believer in the right of our people to live in a clean and pollution-free environment.” In his State of the Union address on January 25, 1984, Ronald Reagan said, “Preservation of our environment is not a liberal or conservative challenge; it’s common sense.” Rand Paul said, “I’m against pollution and think we should minimize pollution, whether or not the [climate change] models are correct.” And Ryan Costello said, “The preservation of the environment and our natural resources for future generations should be a priority for us all.”

I’ll be celebrating Earth Day by praying that we stay healthy during our COVID-19 pandemic and that during our sheltering-in-place, we will have found the time to reflect on what pressing the Reset button will look like. If this time physically apart but emotionally and spiritually together has taught us one thing, it is this: The health of our bodies, our businesses, and our environment are entwined, even imbricated (look that up!). 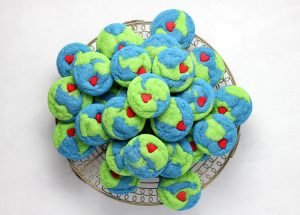 Work Is Love Made Visible

Work Is Love Made Visible For years, I’ve had a hot pink sticky note under…

How to Meditate (or at least how I meditate)

Photo:  National Cancer Institute (www.unsplash.com) My sister inspired me (again) to share my thoughts.  A…